Way back in early February, I hosted a baby shower for my friend Johannah (she was due March 28th! Still no baby…). While I was there, I took pictures of the cake that her sister-in-law had made. I later sent them to her. She seemed impressed with my pictures, because she asked me to take pictures of her little girl for her 2nd birthday! And she wanted to pay me. Whoa.

My immediate reaction was to say no. Having someone hire me to take pictures for them seemed like wayyyyy too much pressure. When I’m just taking pictures for fun, it’s just that. Fun. What if someone paid me and hated the pictures? Or what if I couldn’t take one decent picture? I thought of all the reasons why I shouldn’t and almost wrote her a message to say no. But then I thought of the biggest reason why I should: because it’s a challenge and I wanted to push my boundaries this year.

So I said yes. I told her that she could come here, since it was in the dead of winter and we certainly were not going outside. I charged her for the cost of the materials to make the backdrop. I built a little studio in my dining area. I Pinned a bunch of ideas on Pinterest. The day arrived and I had butterflies! I was so nervous, mostly because I realized I had prepared everything to the last detail except for one important thing: the child! Everything can be controlled, except for the beautifully unique and unpredictable little person who will be coming over. 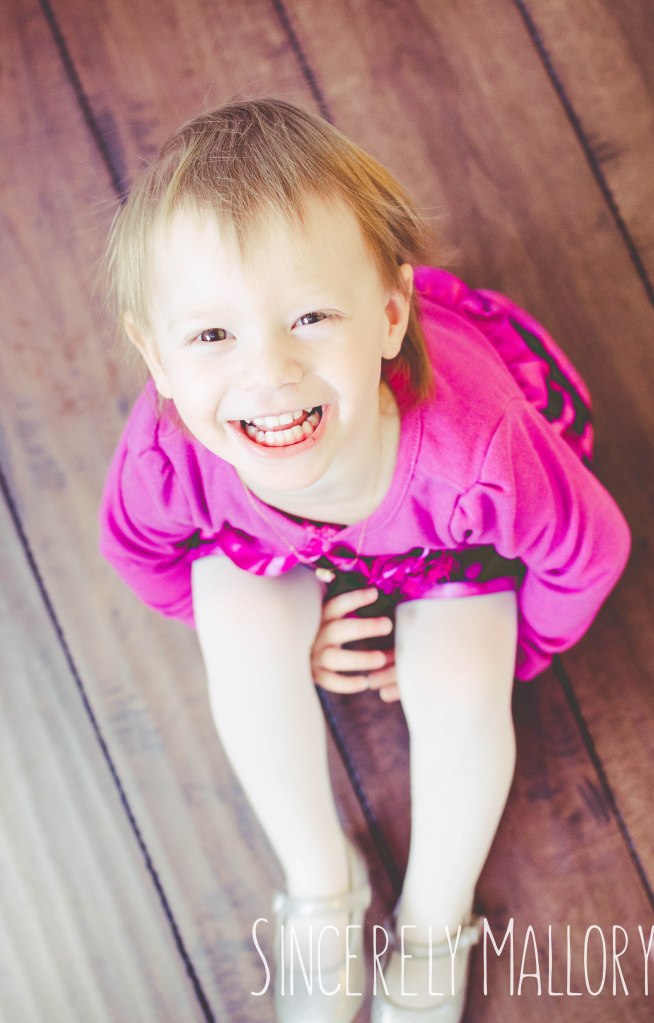 Taking pictures of someone else’s child was indeed the greatest challenge of this “shoot”. A two year old does not “get it” when it comes to creating Pinterest-worthy pictures. They are squirmy, fidgety, and want to run around. They definitely do not want to sit still and smile in sweetly premeditated poses. There is a lot of bribery that happens 🙂

But I am so happy I did this! I think I ended up with some lovely pictures of her, and it definitely helped to create more confidence in my abilities. Not to mention I got to meet two lovely individuals. It was actually a lot of fun getting to know Julia and figuring out how to make her laugh and smile. I hope I get to see them again!